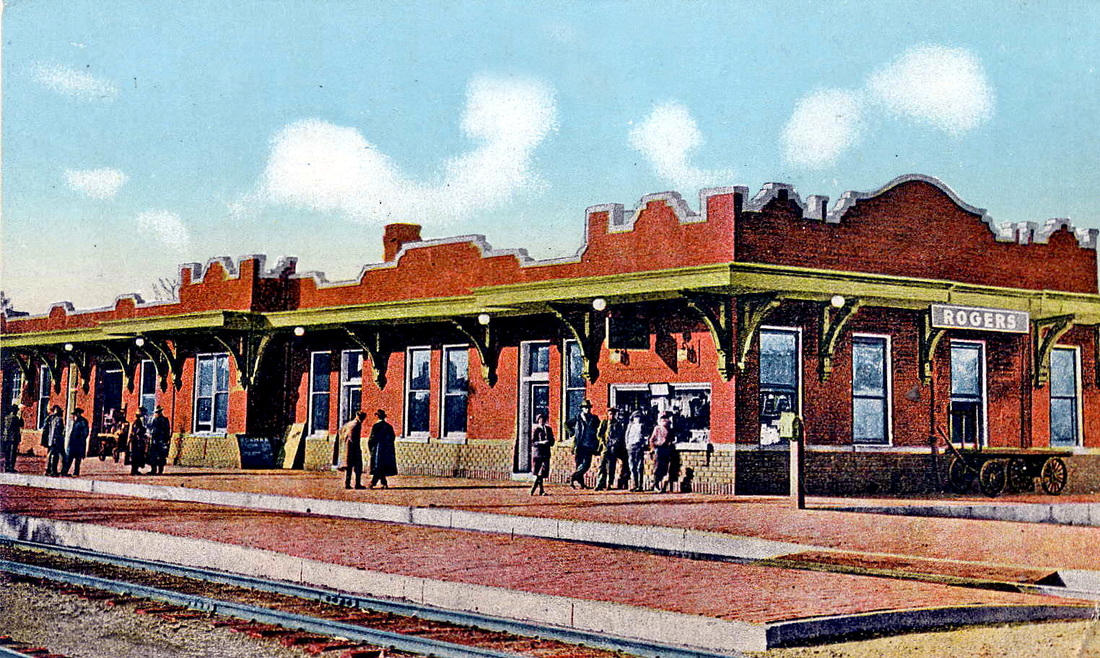 The first train arrived in the area that became Rogers on May 10, 1881. At that time there was no Rogers, but only local communities such as Escalapia Hollow, Silver Springs (Monte Ne), War Eagle, and Cross Hollows. Just 18 days later, the new town of Rogers was incorporated on May 28, 1881. Almost immediately a depot was built at the location today of Fire Station No.1 at the corner of First and Chestnut Streets. This first depot accommodated both passengers and freight.
Rogers grew fast after the Frisco Railroad came through, and just two years later in 1883, a larger and nicer passenger depot was built beside the tracks between Elm and Poplar Streets where Frisco Park is today. During this period, Rogers was served by both the freight depot and the passenger depot. At this time, virtually all supplies for the area came in on the trains.
With the arrival of the locomotive, Benton County became the apple producing capital of the world along with numerous other products. In 1889, hundreds of carloads of apples, 217 carloads of flour, bran, and meal, and hundreds of thousands of pounds of tomatoes, blackberries, corn, peaches, and strawberries were shipped from the Rogers’ depot. (Ruth Muse, Benton County Pioneer, Winter 1995)
In the early days of Rogers when train travel was at its height, thirteen passenger trains came through Rogers each day. With so many hungry passengers coming through Rogers, there was a great need for a restaurant. In 1898, the Harvey House Restaurant was built on the south side of the depot. The Harvey Houses were a chain of restaurants in partnership with the Frisco created to feed passengers quickly. The trains would stop for twenty minutes giving travelers time to grab a meal.
The Harvey House in Rogers was larger than the depot and consisted of three rooms – a kitchen, lunch, and dining room. The dining room was very elaborate with fancy tables equipped with luxurious tablecloths, napkins, china, silverware, and fresh greenery in the center. Light was provided by elegant chandeliers and heat by a pot bellied stove. In 1907, six trains a day stopped in Rogers for meal service.
In 1910, the Frisco began offering meals on the train in new “café cars,” and the Harvey House in Rogers began to lose business. In May of 1910, the restaurant burned and was not rebuilt. (Dr. Gaye Bland, Rogers Hometown News, Aug. 25, 1999)
By 1912, Rogers had grown to over 3000 people and a new depot was needed. A local businessman, W.R. Felker, deeded a parcel of land south of Cherry Street to the Frisco Line. Felker also owned a short line railroad, the Kansas City & Memphis, that originated in Rogers and went to Siloam Springs and Fayetteville. The new depot was completed in 1914 and named the Union Station. It replaced the old freight and passenger depots in Rogers, and cost $20,000. It was a partnership with the Frisco owning 97.5% and the KC&M, 2.5%. The depot remained the Union Station until 1917, when the KC&M dropped out and it became the Frisco Depot. (Information from Tom Duggan, noted local railroad authority, Aug. 31, 2012)
The new depot at First and Cherry was unique due to its unusual parapet roofline. The waiting room was large and well lit with elaborate chandeliers.
There was a newsstand and a “sanitary drinking fountain.” There was a “colored” waiting room but, as one of the early newspapers stated, “It is hardly probable there will ever be enough colored people around here to use their quarters and it
is likely it will be more often used as a smoking room for the gentlemen.” The women had a separate waiting room with, of course, separate toilet facilities. The platform along the tracks was 16 ft. wide and 600 ft. long, and made of pressed bricks and stone trim. (Ruth Muse, Dec. 28, 1977, Benton County Pioneer, Winter 1995)
Railroads peaked again during World War II, both for transportation and for shipping freight, because of the gas and tire shortage. After World War II, automobiles and planes replaced passenger trains as the popular mode of travel. In 1963, the Frisco Railway Company lost $3 million on its passenger train service.
By 1965, in spite of the Frisco spending millions of dollars to upgrade the passenger service, ticket sales in Rogers was down to only about $200 per month.
The Frisco dropped its passenger service to concentrate on the more profitable freight business and on September 18, 1965, the last passenger train came through Rogers. (Rogers Daily News, 3-15-65 and 9-12-65)
Even though passenger service stopped, the historic depot that served Rogers since 1914 continued to be used as a freight depot. In 1977, the Frisco RR Company built a small metal freight depot south of the old depot building and demolished the historic brick Frisco Depot. The metal depot was abandoned when Frisco Transportation closed about 1984. Today, the 4th and last depot in Rogers is part of the Street Department and is used as a shop for making street signs. (Information provided on 1-29-2016 by Danny Castor, last manager of Frisco Transportation) 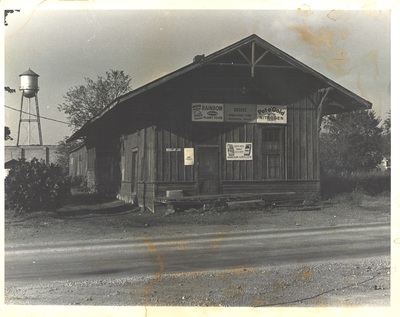 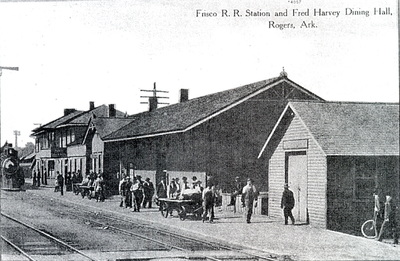 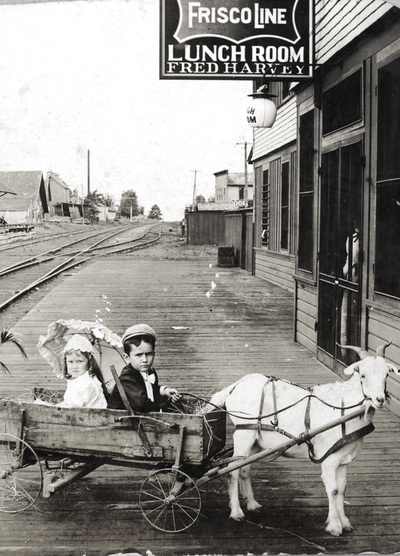 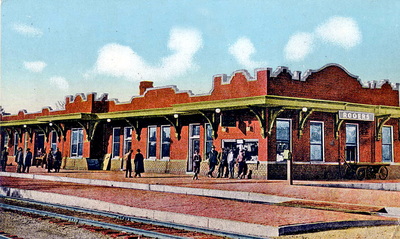 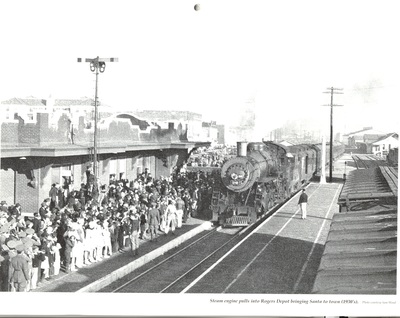 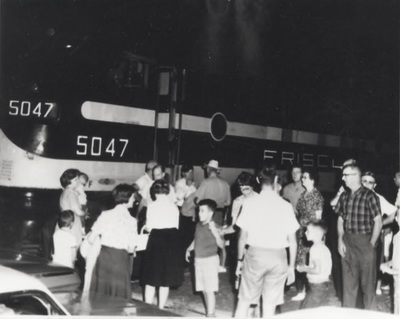 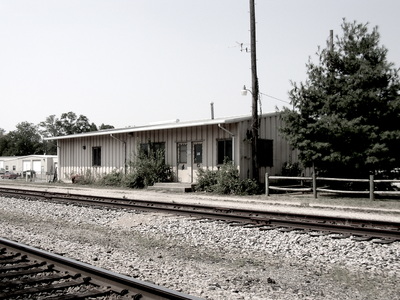