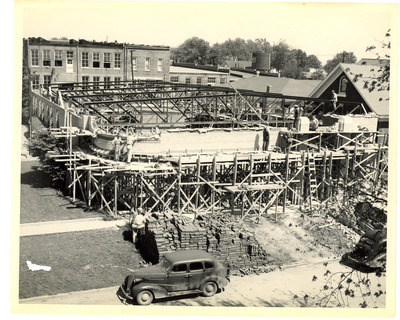 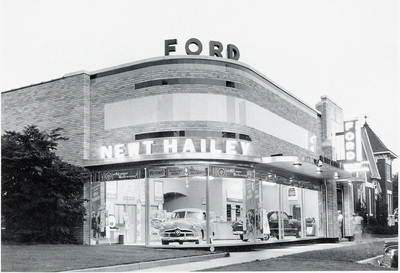 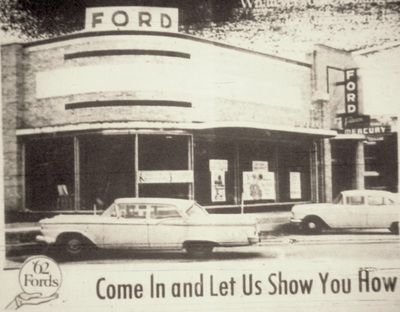 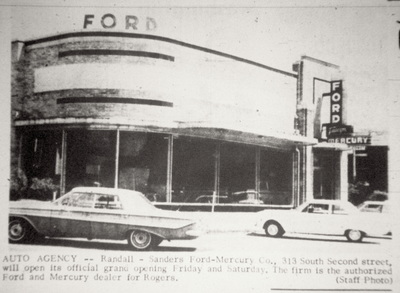 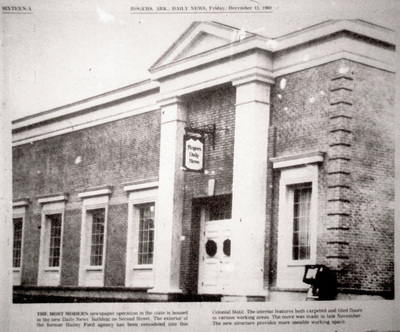 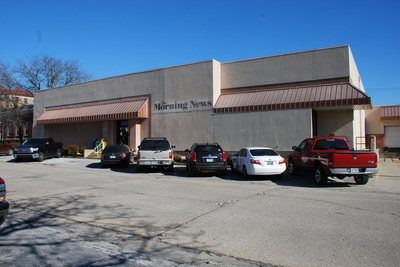 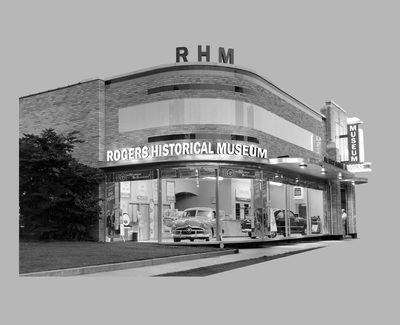 Newt Hailey bought the Ford dealership in Rogers in 1935 at 314 S. First Street (now a vacant lot) when he purchased the Davis Motor Company. Hailey introduced the Mercury car line into the company in 1939. In 1947, Newt Hailey built a new home for Hailey Motor Company which was one of the most beautiful business buildings in Rogers. The building at 313 S. Second Street (now the Morning News) housed the Ford/Mercury automobile and truck sales and service departments.

The unveiling of the new car models every year was a big event in Rogers. John Atchison wrote on a popular Rogers’ web site: “I remember when the new models would come out each year. They would cover the windows with paper and the new cars would be brought in covered during the night and placed in the show room lobby. Most people couldn’t afford a new car, however it was nice to dream. All would clean up for the big unveiling on Saturday and head to town. All of the horns and whistles were beyond one’s imagination.”

Hailey sold the dealership to a group of investors headed by James D. Yates in March 1961. The name of the new company became Benton County Motors and remained on S. Second Street. (Rogers Daily News, 3-2-61) In1964, Benton County Motors advertised the new Mercury Monterey starting at $2920.

The dealership again changed names in May 1965 when it became Randall-Sanders Ford-Mercury. It was owned by Clyde Randall from Fort Smith and managed by Bob Sanders. In 1967, you could buy a brand new Mustang Hardtop for only $2461.46. On July 31, 1967, Randall-Sanders Ford moved from downtown into new facilities on the southwest corner of Highway 71 and New Hope Road.

The Ford dealership on S. Second Street was an important part in the lives of Rogers’ citizens for the two decades that it flourished, not only for those buying new autos but for the many folks who worked there. Here are just a few of the prominent folks employed at various times at the Ford dealership: Clyde Weaver, J.S. Grambling, Buddy Wright, Shawn Wright, Ray Buttram, David Thrasher, Cecil Rose and Russell Spicer.

The Rogers Daily News bought the Newt Hailey Ford building, renovated it, and moved in on November 24, 1969. The name and ownership of the newspaper has changed several times through the years and in 2000 became the Morning News. The newspapers of Northwest Arkansas consolidated earlier this year into the Northwest Arkansas Democrat Gazette and closed the Rogers branch of the newspaper housed in the historic Hailey Ford/Morning News building.

The vacant building was made available for sale and after inspections, analysis, and study by Rogers Historical Museum staff and city officials, Mayor Greg Hines immediately began the negotiations to acquire the property for the city.

Plans for a much needed expansion of the Rogers Historical Museum began about ten years ago with the idea to build a big new building at the corner of Poplar and Third Streets. The expansion received new energy with the acquisition of the vacated Morning News building. “Museum staff and city administration have worked together over the past few months to pursue a unique opportunity to secure the space the Museum desperately needs for our growth, to revitalize and reuse a well-known, historic downtown building,” said John Burroughs, director of the Rogers Historical Museum. “Instead of building a new structure on Third Street, the 14,270 sq. ft. Morning News building will accommodate all of the galleries planned for the new building at half the cost. Another benefit is the historic building will be restored and saved and the front will be returned to the appearance of the original 1947 Hailey Ford dealership.”

The City of Rogers has a contract with the owners, Northwest Arkansas Newspapers, and should receive possession soon to begin the restoration for the new museum.

Rogers is experiencing amazing growth and excitement as our business and city leaders work together to revitalize the historic downtown. The new state-of-the-art, family friendly, Rogers Historical Museum will be a cornerstone and showplace and will complement the other outstanding museums and attractions in Northwest Arkansas. 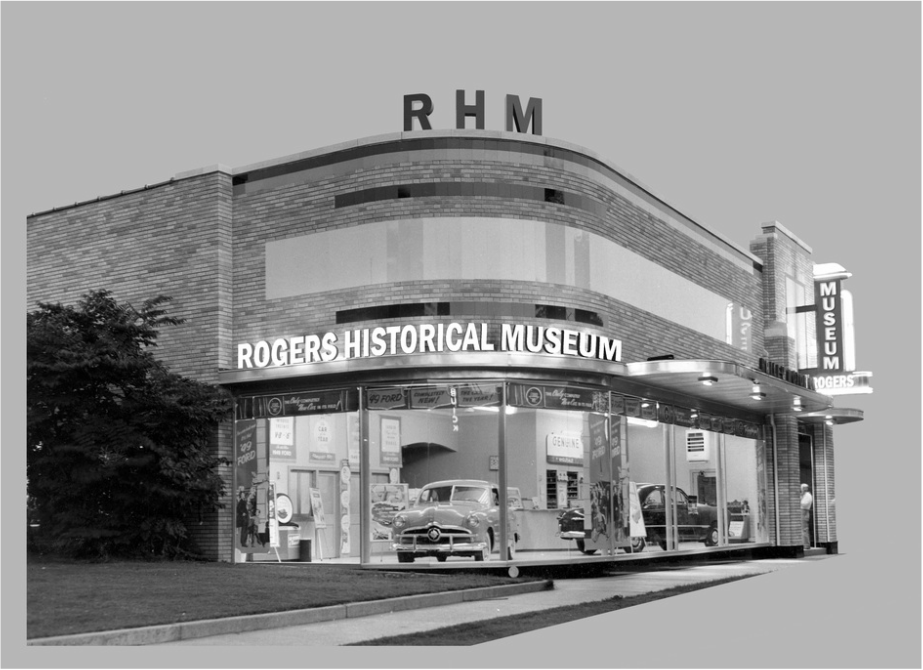 The City of Rogers acquired the Morning News Building for the museum expansion. The historic building will be restored to its original 1947 appearance and house galleries, exhibits, and gift shop. This depiction of the new museum is by David Hook, Rogers Facilities Manager.
Are you a lover of Rogers and our history? Join the Friends and help preserve our stories and memories. As a bonus you also get an immediate 25% discount on guns, books, and all gift shop items. Remember that your membership contribution is tax deductible. Click Here.