Margaret Stigers: “We would drive from Bentonville for some of those pickles. One time … we actually called the Jan-Lin and asked if they would give us the recipe. They said they couldn’t do that.”

Linda Thrasher: “We would circle and circle that place sometimes hanging out of the windows. One night a guy went around the circle with the back door open, mooning everyone as he went around.”

John Sampier: “I graduated in 1965. The Jan-Lin was our main gathering place, and the owners were very patient with us. I remember having deep fried pickles there for the first time.”

Mark Love: “The Hulsey’s had the service station just north of the Jan-Lin. It was used as overflow parking (car hood sitting). The Blevins had the car lot on the NE corner. The cops would sit in the car lot and try to pretend they were a used car for sale and watch us hardened juvenile delinquents. Undercover and incognito at its finest.”

​           The building that was once the Jan-Lin Drive-In and the center of teenage culture is still functioning as a child care facility at 1602 S. Eighth Street in front of Southgate Shopping Center. As I drive down S. Eighth Street today, I cannot help but glance over at the child care center and have visions of teenagers circling the building in ’57 Chevys, laughing and shouting at their friends, and enjoying life in a carefree world. 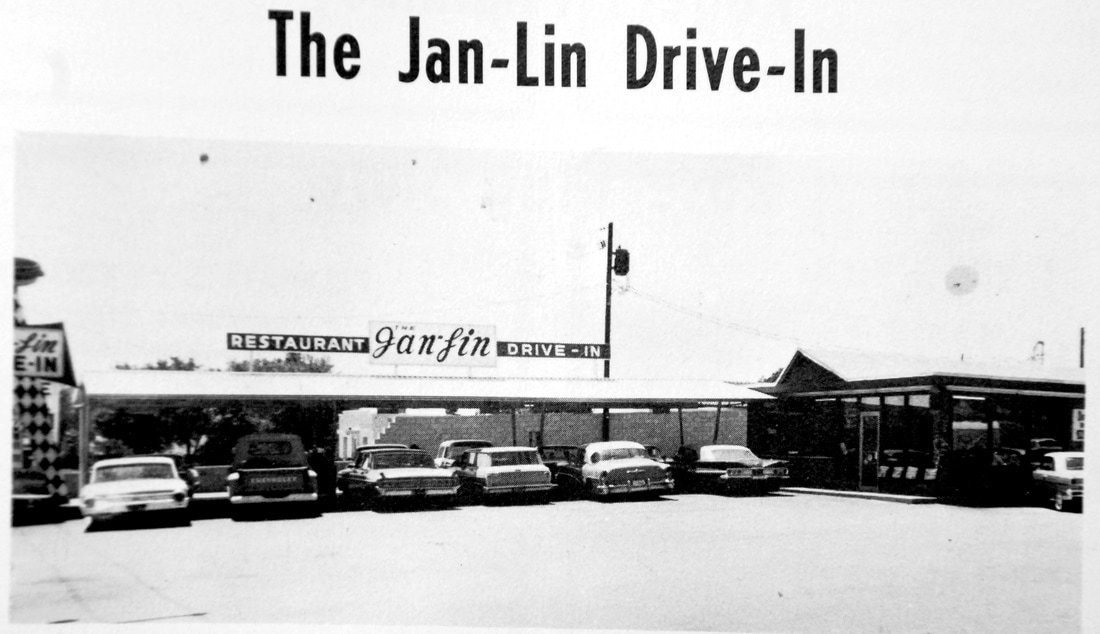 The Jan-Lin was the center of teenage culture in Rogers during the 1960s. (Photo from the 1966 Mountaineer, the Rogers High School yearbook.) 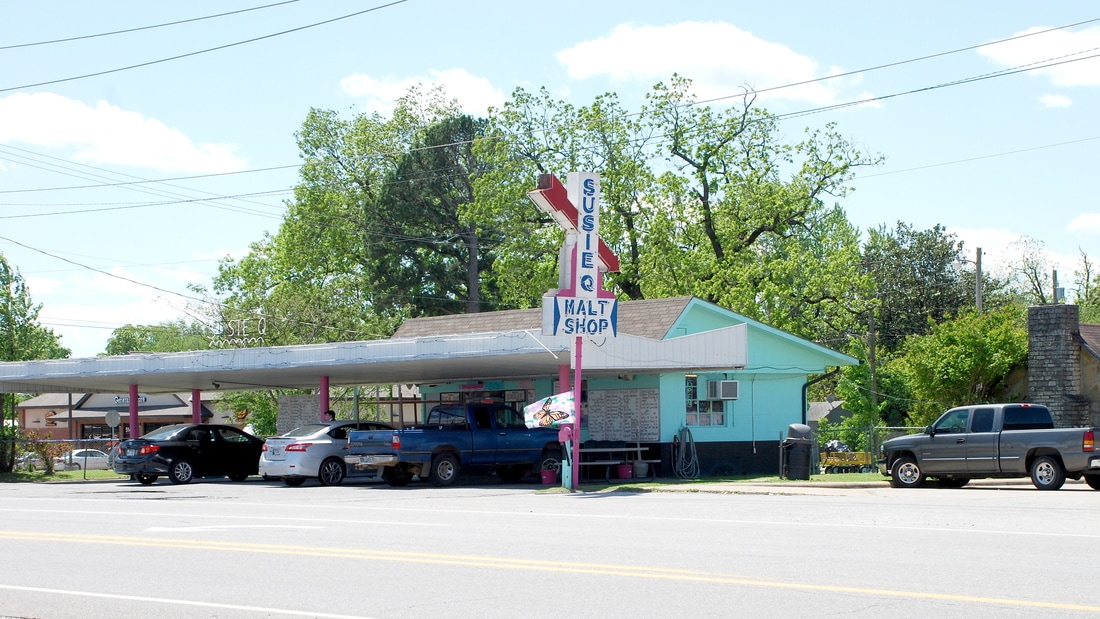 The Susie Q is the only 1960s era drive-in still thriving today. (Photo by James Hales, May 4, 2017)
​Free Book for a limited time to the first 25 new members who join the Friends in 2016. In addition to the regular benefits and gifts for new members, now you can get a free copy of The Lost Town of Monte Ne by James Hales. This book sells for $11.99 and is the story of the fabulous resort town beneath the waters of Beaver Lake, and a guide to the historic sites that can be seen today. This popular book is in its second printing with hundreds of historic pictures. Click /Here to join.
​
​Note: You must pick up your free copy at the Rogers Historical Museum, 322 S. Second Street, Rogers, AR. Just join the Friends online or at the Museum and come by to pick up your free book. Enjoy your trip back to the Lost Town of Monte Ne. Thank you for your support of preserving our priceless heritage.