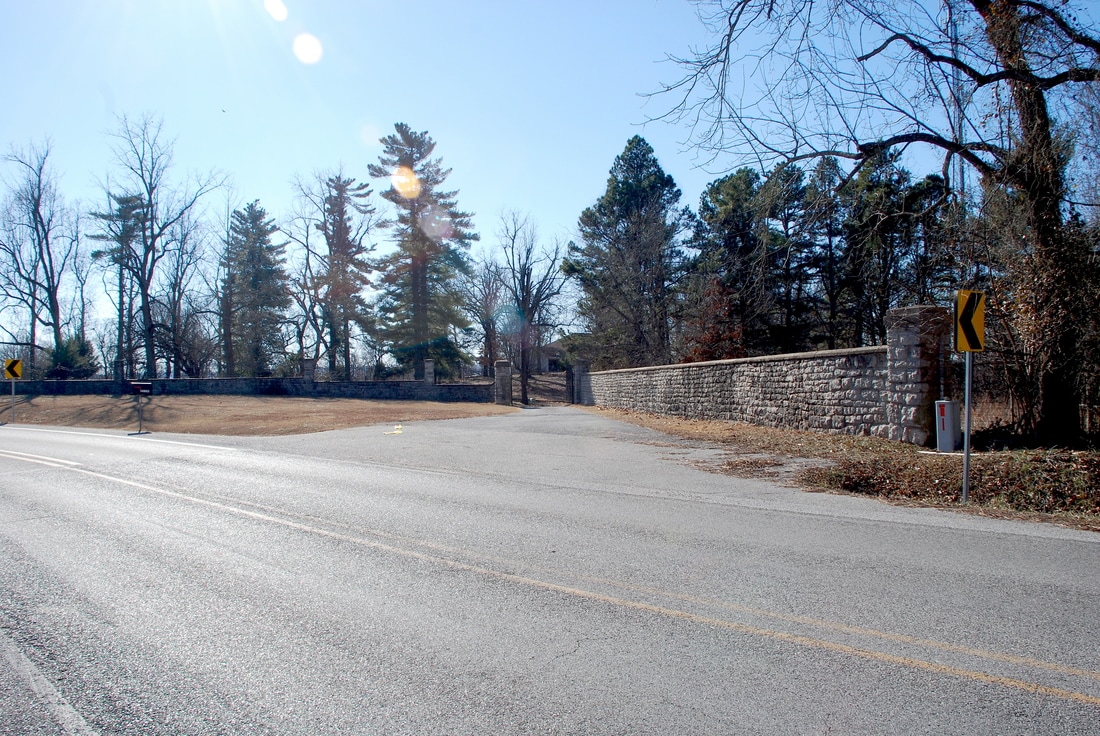 The entrance to the Dur/Haskins/Baker home and what was once the Vinola Wine Ranch. This stone and wrought-iron fence was built by Jack Dur about 1927. The Vinola Wine Ranch was on Highway 94E across from the Fire Station near Monte Ne. (Photo by James Hales, 1/7/2017)