Big Happenings in Rogers This Year — 1904

Recently I was perusing the editions of the Rogers Democrat newspaper for the year 1904 while doing some research, and was struck by all of the interesting and exciting events that happened in Rogers that year. Picture in your mind our town as it was: most brick buildings on First and Walnut Streets were completed, with mud streets, no sewer, no telephones, no sidewalks, few city ordinances, no police department, and not one noisy automobile. None of the commercial buildings had indoor restrooms; the facilities consisted of chamber pots and outbuildings in the alleys.
Following are some highlights gleaned from the 1904 Rogers Democrat newspaper: Rogers was the largest city in Benton County with about 3000 inhabitants. The county seat was Bentonville, but there was a movement to have it established in Rogers. Roads from other towns were poor or non-existent. The only good way to get to Rogers was by train.
A big nuisance in town was free-roaming livestock. Cows wandered about with their bells ringing and sampled the gardens and flowers at will. Perhaps the biggest news of the year for some citizens was the city ordinance that finally passed in November prohibiting free-roaming cows. The ordinance declared that all cows found roaming would be impounded. I wonder where the cows were locked up.
The only law officer in town was the town constable, who was paid by voluntary donations from the merchants. In one month, only $28 was raised, and the constable quit in disgust. He took a better paying job as a carpenter.
The Women’s Study Group organized the first Rogers Public Library in April 1904. The founders emphasized that the library was for the good of all of the public, and was neither a money-making scheme or a charitable institution. It was to be supported by all of the people, for all of the people. A small fee was charged to pay expenses and buy new books.
The biggest construction event of the year was the sanatorium built by Dr. J.P. Brown, and Dr. W.H. Lennox, at the northeast corner of Walnut and Third Streets. The sanatorium only lasted four years, and then became the Tourist Hotel, and later the Traveler’s Hotel. The only other major projects were the three buildings just east of the sanatorium, 211, 213, and 215 W. Walnut, built by Park Jackman and E. C. Lone. These buildings today are the home of Stevette’s Fine Fashions, Team Graphics, and the White Dress Boutique.
The November Democrat brought the news that Warren Felker and the Bank of Rogers had bought the Rogers Water Works system including the steel water tower, pumping station, Diamond Spring, and the city franchise, from Mrs. H.T. Jackman. No purchase price was given, but the editor of the paper considered it the most valuable piece of property in Rogers.
Probably the most lasting event for the city was the arrival of A.O. Clarke, an architect from St. Louis, brought here by Coin Harvey to design the new buildings in his resort at Monte Ne. Clarke went on to design many of the finest buildings in Rogers and Northwest Arkansas.
As the year was winding down, in November, the Rogers Democrat newspaper published a list of things that the citizens of Rogers were thankful for:

That there is a good steel bridge over the White River.

That the cows are up for a time at least.

That the new piano is now really in the Opera House.

That the Frisco trains don’t come in quite as fast now.

That eggs are not more that 25¢ a dozen.

That the Rogers Democrat is only $1 a year.

That we don’t live in Missouri.

As the year came to a close, things were really looking up for the city. No one who lived at that time could have in their wildest imagination envisioned the great city that thrives today. 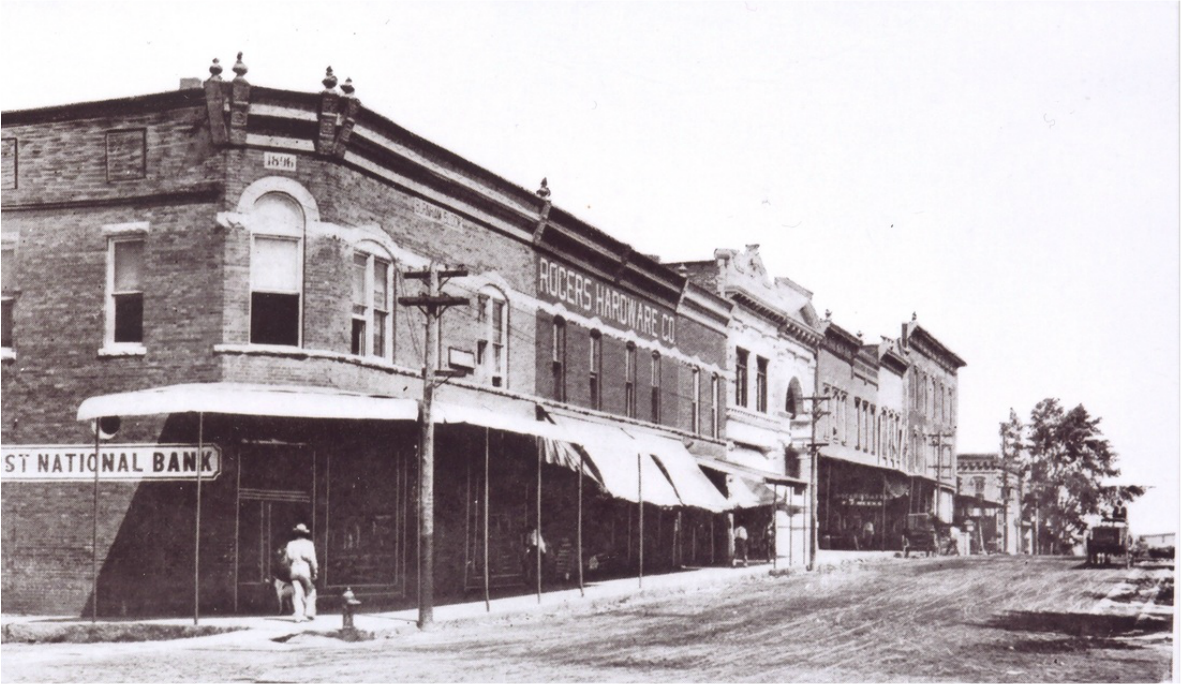 The corner of First and Elm Streets c. 1907. The building on the left is Vinson Square today. Can you pick out the buildings that are still there today? The Rabbit's Lair, Bank building, Townzen's Barber Shop, the old Opera House, and Poor Richard's Art Gallery are all in the picture. (Photo courtesy of the Rogers Historical Museum) 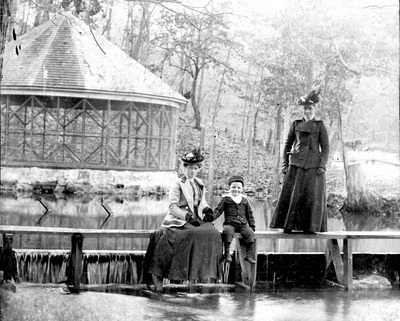 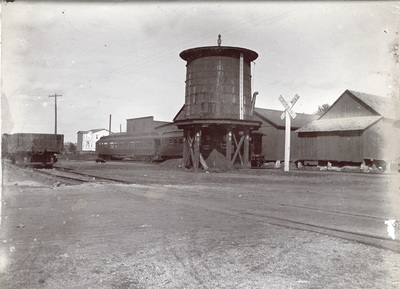 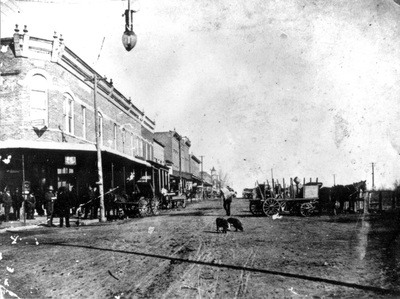 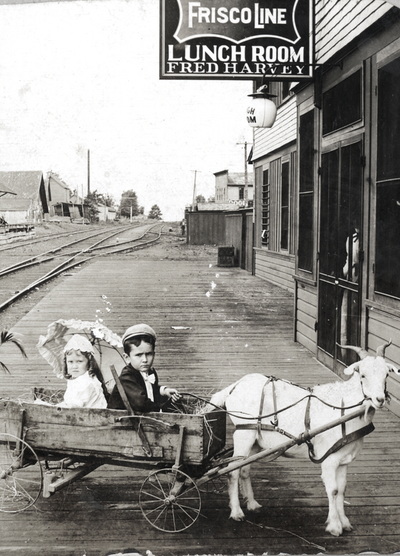